How To Remove Moisture From The Compressed Air System Compressed air is used in a variety of applications. The compressed air system can accumulate excess moisture which could cause damage to the compressor as well as the applications using it. According to industrial air manufacturers, regular maintenance is required. The moisture can be removed both manually and with the help of dryers.

All air holds moisture. However, it varies according to pressure and temperature. Air holds more water when the temperature is higher and that’s why, in warmer months, humidity is higher in the air.

A compressor compresses air to 12 times the normal pressure and that’s why it doesn’t hold much water. But, with the increase of pressure, water vapour turns in liquid and then forms a condensate. It is the case in warmer months. In the cold season, the efficiency of water vapour lowers and that leads to moisture accumulation.

Moisture is not good in any season. You need to get rid of it from the compressed system every day.

Excess moisture can cause a number of issues in your compressed air system. Here is why you should remove excess moisture:

Getting Rid Of Excess Moisture

You can’t prevent moisture from entering the compressed air system. But, you can get rid of it by following air-drying mechanisms. There are many stages of air drying which you can use according to how dry air you need. Some applications might require highly dry air and some might work with a bit moist air as well. So, it depends largely on the purpose of using compressed air.

Moisture in the receiver tank can solidify and block the system. Drain the receiver tank on a regular basis to prevent the water from accumulating in the tank. You can do it both manually and automatically with a machine. If you are doing it manually, make sure you do it daily.

If the compressed air system is at a remote location or you are short on staff, the automatic drain system will be helpful.

Just like the compressed air system chills the air to compress it, refrigerated air dryers also work the same. If a mechanical water separator doesn’t dry the air sufficiently, the refrigerated air dryer system can help. Since colder air holds less moisture, the system works by chilling the air to 33-40° F. The water vapour in the air turns into the liquid form as the air cools. The collected water is removed through drains and valves. The air-dried with this system is sufficient for most of the systems. The chilled compressed air is heated before use.

It is a chemical process. Molecular sieve desiccants and activated alumina are used to dry air. The method is used when highly dry air is required for an application. The compressed air passed through the desiccant material in a tower. Sometimes the heat can also be used to dry the method.

According to your requirements, you can dry air from these stages. Each level dries the air to a limited extent. Check limits and use the method that fulfils your needs.

7 Reasons Why You Must Buy Sterling Silver Jewellery? 5 things every business needs to know about packaging 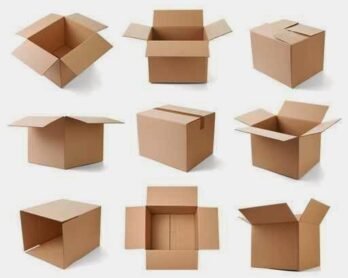